"Randy Matson was a BIG BOY" 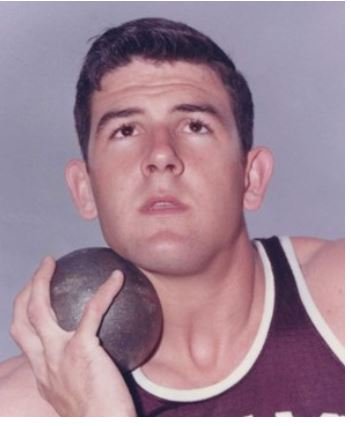 I have a former Brother-in-law whose son played for Rice University. Aggie players were given tickets to each home game and every year Bud would call, I him seats from Randy.  I had long been an admirer since he "Put that Shot Heard 'round the world", played on the basketball team and was on the football team for a time.  When I was pursuing my Masters, I ran into Randy outside my Management class room.  He asked, "Are you taking that course?"  "Yep", I answered.  He smiled and said, "Keep your head down!"  I did and squeaked by with a "C".  I see where Randy served Former Students for years and as a Former Student himself, resides in booming College Station.  I posted his record while at our school, but here it is again: